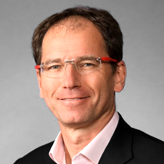 As a board-certified and fellowship-trained joint replacement surgeon, Stefan Kreuzer, MD, has pioneered the development in Minimally-Invasive and Computer-Assisted Hip and Knee Replacement Surgeries. He is actively involved in training and has been invited to lecture and demonstrate his surgical techniques for surgeons throughout the United States, Asia and Europe. Dr. Kreuzer is currently on multiple design teams for the development of the next generation of knee and hip implants, and acts as a consultant to many device companies to assist them with further advancing care for patients. With many research and academic interests, in addition to his clinical practice, he has devoted his career to improving the quality-of-life for the patient in need of joint replacement surgery.

He also serves on several medical advisory boards, most notably as a board-member of ISTA and as the chairman of the Master’s Course on Anterior Hip Replacement Surgery with ICJR in Houston.

A native of Switzerland, Dr. Kreuzer moved to the United States in 1983. He graduated from medical school at the University of Texas in San Antonio in 1995 and completed his orthopedic surgery residency at the University of Texas Medical Branch in Galveston, Texas. He then undertook a fellowship in Adult Joint Reconstruction at the Baylor College of Medicine in Houston, Texas in 2001.

Dr. Kreuzer is also revolutionizing the field of outpatient total joint surgery by working to develop care paths and protocols to allow minimally invasive joint replacement surgery being performed in the outpatient setting, with the aim of quicker recovery, less complications, and quicker return to a functional lifestyle. He is working with software companies to develop a care path with the help of activity monitors and smart phones to facilitate a quicker road to recovery.